Our spring season is a different experience compared to the fall. The spring season has us racing 1500 meter pieces opposed to 4000. These races are anywhere from 5-6 minutes long depending on the crew. The crews will race six boats across the river and the first to the finish line is the winner, similar to a track meet.

We participate in a series of regattas known as the Manny Flick series which is held by the Philadelphia Scholastic Rowing Association (PSRA). The PSRA hosts six regattas throughout the spring season and has some of the best competition in the country with their crews frequently receiving medals at national regattas.

Spring racing begins in mid-March and runs throughout late-April. After the fifth Manny Flick Regatta, we move into our championship season. We compete at the Philadelphia City Championships for medals and at the Stotesbury Cup Regatta which is the largest scholastic regatta in the world. We only send our fastest crews to these regattas to ensure our best results possible. 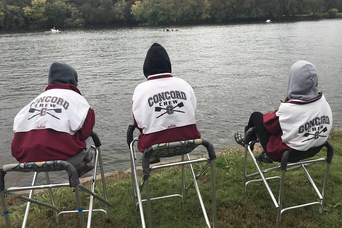 Our fall season begins in Mid-August and goes through late October. The fall season races are 4000 meters and usually take between 14-18 minutes to complete depending on weather conditions. Boats cross the start line at regular intervals and race to complete the course in the fastest time.

This season, we will have a "home" regatta on the Christina River in the beginning of October. Listed below are our other tentative Fall 2019 regattas with links to their respective websites.

Head of the Christina

Head of the Charles

Head of the Schuylkill